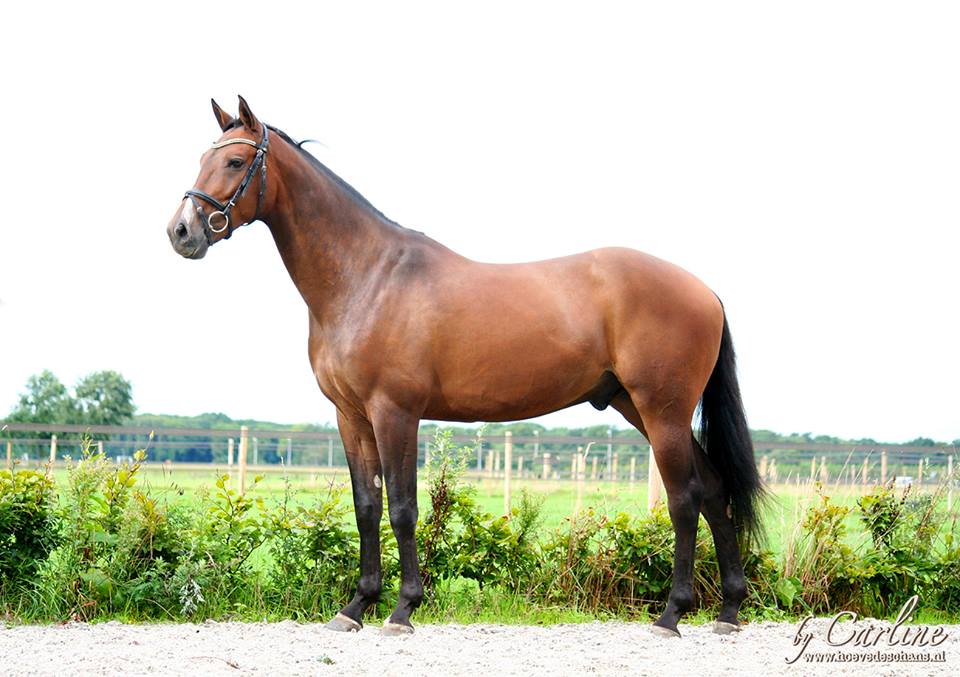 She has given six international show jumpers of which two approved stallions. But mother Eilige was not without merit for breeding.

Her first offspring by LUX has jumped 1.50m with Eric van der Vleuten. Her 2nd offspring by Clinton preformed until 1.20m after which she followed her career as a broodmare. Her 3rd offspring by Mr. BLUE is now in the 1.20m classes as a 6 year old..

Goldstrike is under saddle since earlier this year and has already shown he has a very good character. Very nice body usage and willing to work.

Goldstrike is of course available for sale!

1st Premium at the Centrale keuring in Helden